Type what you are searching for: 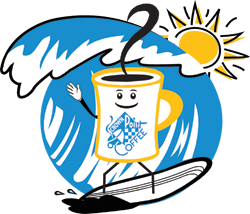 By John S. – Jul 29, 2010
I’ve been getting my coffee here for over a year and the place is great. I was just reading through some of the not so great reviews and I have experienced most of these however they were short lived and have since been fixed.

1 – They went through a brief period of using Styrofoam cups (which are recyclable apparently they even had a recycling program there for those people who thought it wasn’t) They tried switching to these cups because their paper cups to try to cut costs however they stopped once their ordered supply ran out.

They then switched to another paper cup which wasn’t so great – it leaked a lot.

They are now back to the original quality cups they had started out with. Can’t blame them for trying new things right.

2. with respect to speed – there are hours when the line gets long but it really isn’t the fault of the employee’s it is just timing. If they know you as a regular and see you in line they prepare your coffee at sight so you don’t have to wait for the occasional menu reading indecisive customer in front of you.

3. I think they had one employee who wasn’t very friendly – but she didn’t last long the core staff are great fun loving people who really care about satisfying the customer above all else.

Don’t miss the corny joke of the day either —always make me smile on a bad morning.

OH and if you are gonna be a regular join the coffee club you can prepay for your monthly coffee.

By Lisa L. – Aug 21, 2010
OK, so after a member of the new management contacted me on Yelp, I figured we should give Crown Point Coffee another try. We walked over several weeks ago – hubs got the usual Beestinger smoothie and I got a latte. Vastly improved! As we walked back, the sky opened up on us, but it didn’t matter – I had my delicious Crown Point latte to keep me warm!

By Mae G. – Nov 23, 2009
Crown Point Coffee is a solid local coffee joint that’s easy to drive by but worth stopping for.

The shop itself is standing-room only, but there’s plenty of seating outside, and it appears to be staffed exclusively by friendly, cute chicks (much to the delight of my former roomie.

I’ve only had the drip coffee, but it’s surprisingly good and refills are cheap. Don’t believe the earlier Yelp reviews remarking on the poor quality of the coffee – I’m a bit of a coffee snob and you won’t hear any complaints from me!

The tea selection looks delish, as do the smoothies and the hangover remedy (no doubt a must for mornings after in PB). The only drawback is the limited hours – early morning to early afternoon – since I’d probably swing by after work if it were open.

By Jeff L. – Oct 12, 2009
Crown Point Coffee is one of those neighborhood gems that has a certain vibe that you’ll never get at a corporate chain. Some of the same people have been coming for 10+ years, and I’ve met countless neighbors I probably would not have known otherwise.

What speaks for itself is that there is often a line out the door on weekdays, and on weekends most of the outdoor tables are occupied, weather-permitting.

I frequently go for the following reasons:

* decent coffee drinks and quickly-prepared breakfast items like egg-on-bagel sandwiches at decent prices
* quick service for both coffee and food, important if I’m on my way
to work and can’t linger
* dog friendliness – they love dogs and have dog cookies and a water bowl
* warm atmosphere, friendly staff
* plenty of parking, which is generally a problem in Crown Point
* that certain something you only get at a little neighborhood coffee
places.

By Elizabeth K. – Mar 31, 2010
Love this place. The girls are sweet, the sweets are awesome, and the coffee is amazing. I love their flavored coffees b/c I hate adding those sugary syrups to my coffee. Ive tried a few shazams and those are good too. Its cash only though! But if you get to know them, you can slide on a morning you forgot your cash.

By Jon – Jun 10, 2009
I think that this coffee shop is awesome. It is a very local based coffee shop with a rather large clientele of regulars. I believe this to be from the great coffee and service you receive when going there. It is also the fastest moving coffee shop that I have been to. Meaning that you aren’t waiting more then 5 minutes ever for a cup of coffee unlike most coffee shops that I have been to before. Great for stopping by at on the way to work.

By Dino L-Nov 28, 2011
Wow. I hadn’t been here in a while but stopped with out of town guests. The place had changed so much for the better. The inside has been entirely redone, and the menu and patios expanded. The coffee is really good and the baristas know what they’re doing. My friends couldn’t believe the good selection of breakfast sandwiches and meals, as well as teas, and their smoothies are the best I’ve ever had, hands down. I stop whenever in the area and the line is always long, a sign the regulars know what’s up.